Dodgeball 2018 Results!
The battle was a good one this year! There was a great turn out for Choir Beasts and Band Geeks as they finally faced each other on the court. The Sixth Grade Choir Beasts were brutal in their pursuit of victory. After a 20 minute barrage of flying missiles they claimed it, giving us our first point in the WIN Column! The Seventh grade Beasts and Geeks were up next. At first the Band Geeks took the lead with the help of a huge 6 foot warrior whohad to have had a wingspan of 8 feet! He looked gleeful as he slowly picked off our team. But the 7th graders held it together under the pressure and took him out! Alas, the small but mighty crew succumbed to the Band Geek’s relentless rapid fire. Leaving the trophy rights up to the 8th Graders. As the 8th grade teams took their places, Mr. Cone and Mr. Detwieler joined their squad while Mr. Norwood took his place with his crew. (Mrs. A was the trusty photographer). Each team seemed to be empowered with there directors at the helm. The balls began to fly and the crowds began to gather around the court as the two teams went to battle! Mr. Norwood was definitely a force to be reckoned with! First he set his sights on Mr. D! With a powerful lob he took him out of the fight. That left Mr. Cone. Back and forth they went. Ducking and weaving until finally Mr. Norwood took him down! That left it up to the Geeks vs the Beasts to bring home the beloved Dodge Ball Trophy. As the battle continued the numbers on each side dwindled down to one! Kara Stacy was the only Band Geek that remained. She was facing Lexee Yoder for the Choir Beasts. The crowd began to roar as the two faced off for the final round. Each warrior was fierce, determined, and focused but Kara landed the final shot and claimed this year’s victory for the Band Geeks. Congratulations to everyone for another exciting year!

Check out our Facebook page to see more pics!! 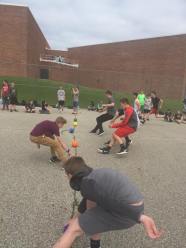 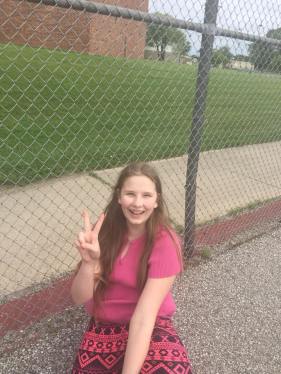 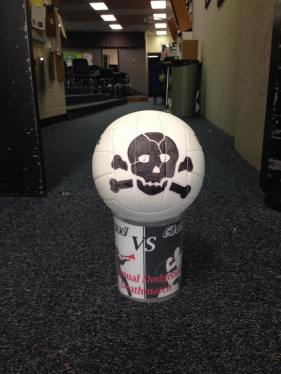